As current leases end and renters again face the decision of rent versus buy, many are choosing to remain in the rental market. The demand for rentals has been on a steady rise. According to Zillow, between 2007 and 2013 the U.S. added about 6.2 million tenants, compared to only 208,000 homeowners. 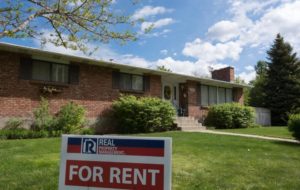 As mortgages become increasingly difficult to obtain, renting becomes increasingly more attractive. According to a recent Zelman & Associates report, the rental market represents 35% of households, while overall single-family homeownership has declined from a high of 86.6% in 2004 to 81.8% in 2012.

Rental industry trends show no signs of slowing, as families and individuals favor renting over home ownership. According to Zelman & Associates, when single-family renters move, 48% go to another single-family rental house and 8% rent an apartment, versus only 34% who buy a single family residence and 8% who move in with family or friends.

Renting is appealing to all ages. The number of renter households ages 55-64 grew by 80 percent between 2002 and 2012, compared to 50 percent growth among all households. According to Newsday, this can be attributed to the ranks of pre-retiree and retiree renters seeking to recoup home equity that could be vital during the retirement years.

Several additional factors have contributed to the increased demand for rental housing, including the U.S. economy’s continued strength post-recession. Steady job growth has allowed more people to move out on their own, and the rising cost of homeownership is turning them toward renting.

According to Reuters, the U.S. apartment vacancy rate is currently at 4.1%, the lowest level in over a decade. Not only can property owners expect continued demand for rentals, competitive rental rates as a result of high demand is also a benefit.