August is Tree Check Month- Check your Trees and take care of any issues now. Trees add value to properties.

The Invasive Species Council says this is the time that we need to check trees for invasive pests and the damage their larvae leave behind. 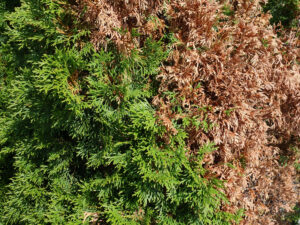 An invasive species is one that is non-native and harmful to native plants or animals. They are the largest threat to native wildlife, ecosystems, and food sources. Lack of natural competitors and predators also means that invasive species often increase in numbers and spread swiftly. The United States spends $138 billion per year in damage and associated control costs in the fight against invasive species.

Experts say that the best way for dealing with invasive species is early detection and rapid response. While many states have control measures in place to help combat invasive infestations, landlords are responsible for protecting their own trees from any invasive species.

The most common invasive species to look out for in your area include:

Although newer to the scene, the spotted lanternfly travels quickly and often hops from one plant to another. The bug has also been detected in Delaware, New York, and Virginia. Early detection can help protect your trees against this bug while ongoing infestations can help keep populations to a minimum.

Also called EAB, the emerald ash borer is a destructive invasive insect that has been detected in 35 states. To stop the spread of this beetle, states limit the movement of all hardwood, firewood, and green wood products, nursery stock, and any plant materials from any ash species.

Another damaging tree defoliators in the U.S is the gypsy moth. It originated from Europe in the 1860s and is now well established throughout the country. They hatch from late April to early May, and the young caterpillars begin feeding on new tree leaves at the same time.

Call Real Property Management Houston today to allow us to be your Spring property management company in the greater Houston area.